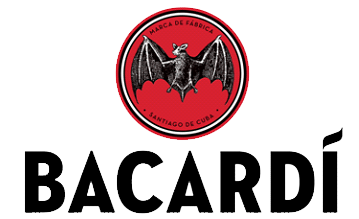 Kathmandu, January 4, 2015 – Founded in 1862, Bacardi, the largest privately held spirits company in the world, has a portfolio comprising of more than 200 brands and labels. The group is introducing several variants of BACARDÍ® rum into the Indian subcontinent.  With a solid consumer base already in India, BACARDÍ rum, the world’s most awarded spirit, with more than 550 awards for quality, taste and innovation, is now launching in Nepal, bottled out of Kathmandu.  This marks one of the first ever entries of a global spirits giant into a fairly untapped market. Beginning with two flavored rums, BACARDÍ® Limon and BACARDÍ® Apple are being introduced throughout Nepal with availability starting today. BACARDÍ® Superior will be launched later January.

Launched in India in 1998, the BACARDÍ rum brand has witnessed immense growth and is now expanding their base across the subcontinent. In Nepal, the local partners are Jagdamba Overseas which is a part of Shanker group in charge of importing and distributing its brands. For the locally bottled products, Bacardi has partnered with Rolling River Distillers Pvt Ltd.

Named after the Spanish word for lemon, BACARDÍ Limón is a carefully crafted product that infuses BACARDÍ rum with the flavor essence of the royal family of citrus fruits: lemon, lime and grapefruit. BACARDÍ Apple is full of the flavour of crisp, mouth-watering apples. Apples of the Fuji, Golden Delicious and Granny Smith varieties are combined with premium BACARDÍ rum to create a bold taste with a real bite.

With its fresh aroma and a crisp, intense taste, the fruit flavor of BACARDÍ rums will delight cocktail fans to the core with every sip of crisp, mouth-watering apples or lemons. While the iconic white spirits giant, BACARDÍ Superior, will continue to be a favorite for cocktails the world over such as the BACARDÍ Cuba Libre, BACARDÍ Piña Colada, BACARDÍ Daiquiri and more.

Mr. Manish Seth, Director – Marketing & Sales, Bacardi India, said, “We are thrilled to announce our entry into Nepal. This launch is an exciting time for us as we look to expand our portfolio while also showcasing the ‘Bacardi Experience’ to consumers worldwide. We have seen a great potential in new markets, and are very optimistic about this launch in Nepal. BACARDÍ Limon & BACARDÍ Apple are some of our fastest moving flavoured offerings, thus making it one of the most appealing brand introductions in recent times. We look forward to introducing more variants of BACARDÍ rum in the future and are delighted to expand into this new market.”

Today, the Bacardi brand portfolio comprises of some of the most iconic brand names such as the super premium GREY GOOSE® vodka and DEWAR’S® Blended Scotch whisky. Also a part of the portfolio is BOMBAY SAPPHIRE® gin, the top-valued and premium gin in the world and MARTINI® vermouth and sparkling wines. ERISTOFF® vodka as well as other leading and emerging brands are also a part of the Bacardi brand portfolio.

About BACARDÍ Rum – The World’s Most Awarded Rum

In 1862, in the city of Santiago de Cuba, founder Don Facundo Bacardí Massó revolutionized the spirits industry when he created a light-bodied rum with a particularly smooth taste – BACARDÍ. The unique taste of BACARDÍ rum inspired cocktail pioneers to invent some of the world’s most famous recipes including the BACARDÍ Mojito, the BACARDÍ Daiquirí, the BACARDÍ Cuba Libre, the BACARDÍ Piña Colada and the BACARDÍ Presidente. BACARDÍ rum is the world’s most awarded spirit, with more than 550 awards for quality, taste and innovation. Today, BACARDÍ rum is made in Puerto Rico, Mexico and India where it is crafted to ensure the taste remains the same today as it did when it was first blended in 1862. www.bacardi.com

The BACARDÍ® brand is part of the portfolio of Bacardi Limited, headquartered in Hamilton, Bermuda. Bacardi Limited refers to the Bacardi group of companies, including Bacardi International Limited.